The Revenant is a 2015 American semi-biographical western film directed by Alejandro González Iñárritu. The screenplay was written by Mark L. Smith and Iñárritu, based in part on Michael Punke's The Revenant: A Novel of Revenge. It stars Leonardo DiCaprio, Tom Hardy, Will Poulter, and Domhnall Gleeson. The film was originally set to be directed by Park Chan-wook with Samuel L. Jackson in mind to star, and later by John Hillcoat with Christian Bale in negotiations to star. Both directors left the project, and Iñárritu signed on to direct in August 2011. The film was released by 20th Century Fox.

In an expedition of the uncharted American wilderness, legendary explorer Hugh Glass is brutally attacked by a bear and left for dead by members of his own hunting team. In a quest to survive, Glass endures unimaginable grief as well as the betrayal of his confidant John Fitzgerald. Guided by sheer will and the love of his family, Glass must navigate a vicious winter in a relentless pursuit to live and find redemption. 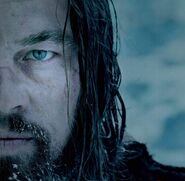 Retrieved from "https://oscars.fandom.com/wiki/The_Revenant?oldid=54737"
Community content is available under CC-BY-SA unless otherwise noted.