Life of Pi is a 2012 American adventure drama film based on Yann Martel's 2001 novel of the same name. Directed by Ang Lee, the film is based on an adapted screenplay by David Magee.

A young man who survives a tragic disaster at sea and is hurtled into an epic journey of adventure and discovery. While marooned on a lifeboat, he forms an amazing and unexpected connection with the ship's only other survivor -- a fearsome Bengal tiger. 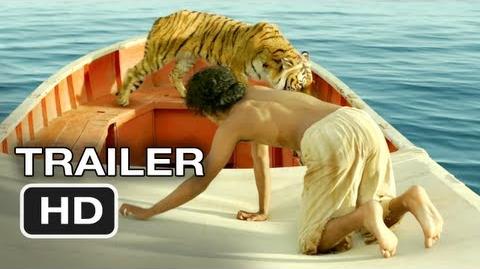 Retrieved from "https://oscars.fandom.com/wiki/Life_of_Pi?oldid=63088"
Community content is available under CC-BY-SA unless otherwise noted.