View source
watch 01:36
We're Getting Mutants in the MCU - The Loop
Do you like this video?
Play Sound

Jan A.P. Kaczmarek is a Polish composer who has lived and worked in the United States since 1989. He has written the scores for more than 50 feature films and documentaries, including Finding Neverland (2005), for which score he won an Academy Award and National Board of Review award. Other notable scores were for Unfaithful (2002) and The Visitor (2008). In addition to his work in films, Kaczmarek was commissioned to write two symphonic and choral pieces for two important national occasions in Poland: Cantata for Freedom (2005) to celebrate the 25th anniversary of the Solidarity movement, and Oratorio 1956 (2006) to commemorate the 50th anniversary of a bloody uprising against totalitarian government in Poznań, Poland. Both premieres were broadcast live on Polish national television. 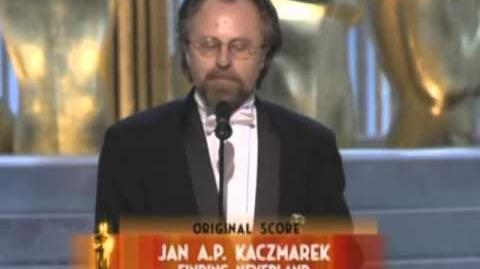